LIRA-SAPR 2015 DEMO provides access to all elements of user interface, makes the user familiar with all new modes of the program, enables you to generate design models (without considerable limitations) of the structures of different purpose. If the size of problem is within the demo limitations, then you could save and analyse the problem. LIRA-SAPR 2015 Demo also includes Study version of SAPFIR-3D 2015 including SAPFIR-Structures and SAPFIR-RC modules with min limitations.

Please note that you could also install non-commercial version LIRA-SAPR 2013 R4* in order to evaluate LIRA-SAPR with no limitations imposed on DEMO version.

LIRA-SAPR 2015 DEMO may be used as universal viewer for problems analysed in certified complete versions of LIRA-SAPR 2015. In DEMO version you could evaluate and generate output data for any previously analysed problems of any complexity.

Parameters of problems allowed for demo version of LIRA-SAPR 2015

• static analysis - for all types of loads;

• stability analysis of the structure;

• analysis of principal and equivalent stresses according to various criteria of rupture;

• analysis of loads on the fragment;

You could download LIRA-SAPR 2015 DEMO free of charge from official website www.liraland.com and install on any number of computers in order to evaluate the software and its options.

• when you unite group of bars located in succession into one finite element, it is possible to consider nodal loads from intermediate nodes and transform them into local loads on bars;

• distributed loads on edge of plate FE are checked so that incorrect load application to the edge with non-existent number is forbidden, e.g. the load on the 4th edge when quadrilateral plate FE is divided into two triangular FE;

• steel table of square shapes according to GOST 30245-2012 is added to the database of steel tables and several slignt modifications.

• Enhanced option to save elements to the project library in order to use them in this project or other ones. 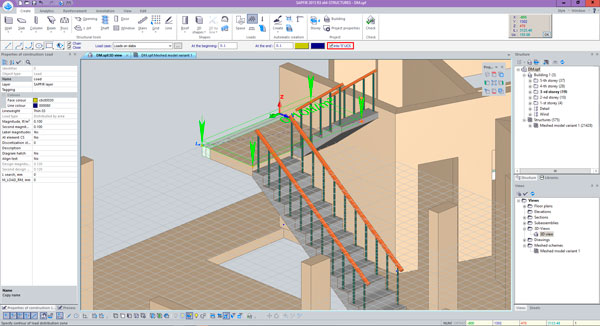 • Sheets dialog box: new commands to modify the ordinal number of the drawing. 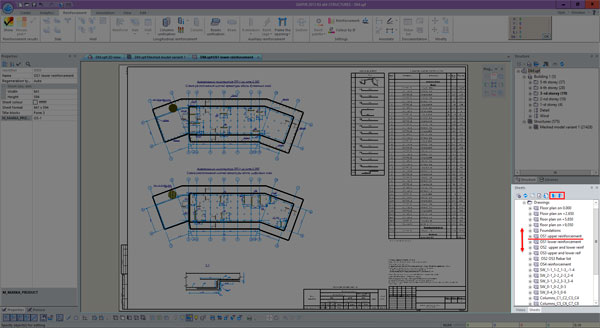 • On the view of beam reinforcement you could hide support elements (columns, walls).

• For selected parts of reinforcement it is possible to automatically present their dimensions and location relative to grid.