Unprecedented release of full commercial software with no time limits and completely free!

SAPFIR-3D Study version is a full-featured program for a wide range of potential users: architects, engineers, students of engineering specialities, etc. It is distributed free of charge and with no time limitation. Study version is compatible with the following LIRA-SAPR products: Demo and Academic Set. It is NOT compatible with complete version of LIRA-SAPR program.

The main function of Study version is to give a possibility for potential users and students to get acquainted with the software package and to study it deeply both independently and during university course.

Study version enables the user to save projects for subsequent work with them. Work order with a model is presented on Figure. 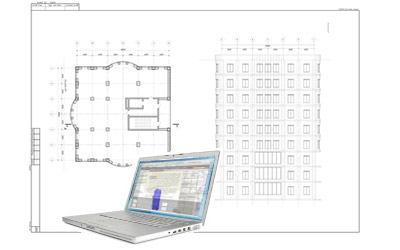 With Study version you could also print graphic materials and project documentation*. 3D views, elevations, sections, floor plans and schedules as list of columns, beams and other structural elements may also be printed.

* - drawings of plans, elevations, sections, schedules and other images plotted, are marked with inscription Study version.

** - Low-rise buildings (up to 3 storeys) like cottages, small architectural forms, etc. are considered as small objects.

*** - S2L files created with SAPFIR-3D Study version could be imported only into DEMO version of structural engineering program LIRA-SAPR.

SAPFIR-3D - Study version is included in the distribution kit of the LIRA-SAPR demo version. So, you don't need to install this version separately.