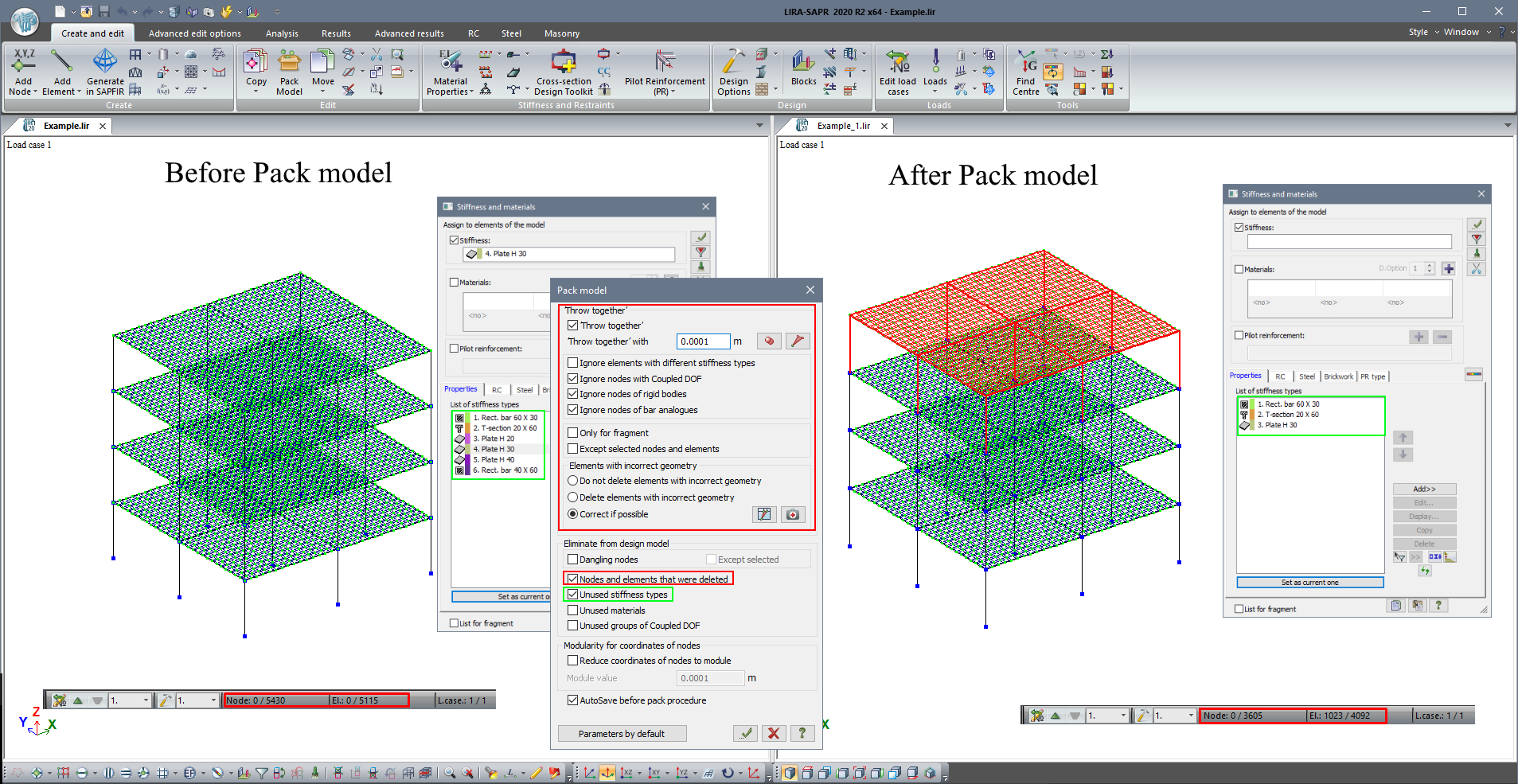 
In the process of creating a model in a structural analysis design program, sometimes user has to repeatedly delete some elements and then add others:

Also, using the Pack model dialog box, you can delete stiffness types, materials, and groups coupled DOF that are not assigned to any object of the model.

) can be opened from the Create and edit tab on the Edit panel. It controls the packing parameters of the created model.

In order to mark in the scheme the elements that will become incorrect due to "throw together" nodes and mark the nodes merging of which will lead to this, click on the button

To work with incorrect finite elements during the 'throw together' process, you can activate one of the radio buttons:

Also, in the Pack model dialog box there is a command for selecting (on model) elements with incorrect geometry -

; and for restoring elements with incorrect geometry -

The 'Throw together' checkbox gives access to control the following parameters:

Select the check boxes under Eliminate from design model to do the following:

Please note that as a result of packaging, the history of creating the model is destroyed

Finite elements of model united into a single element after the pack procedure are coloured red.